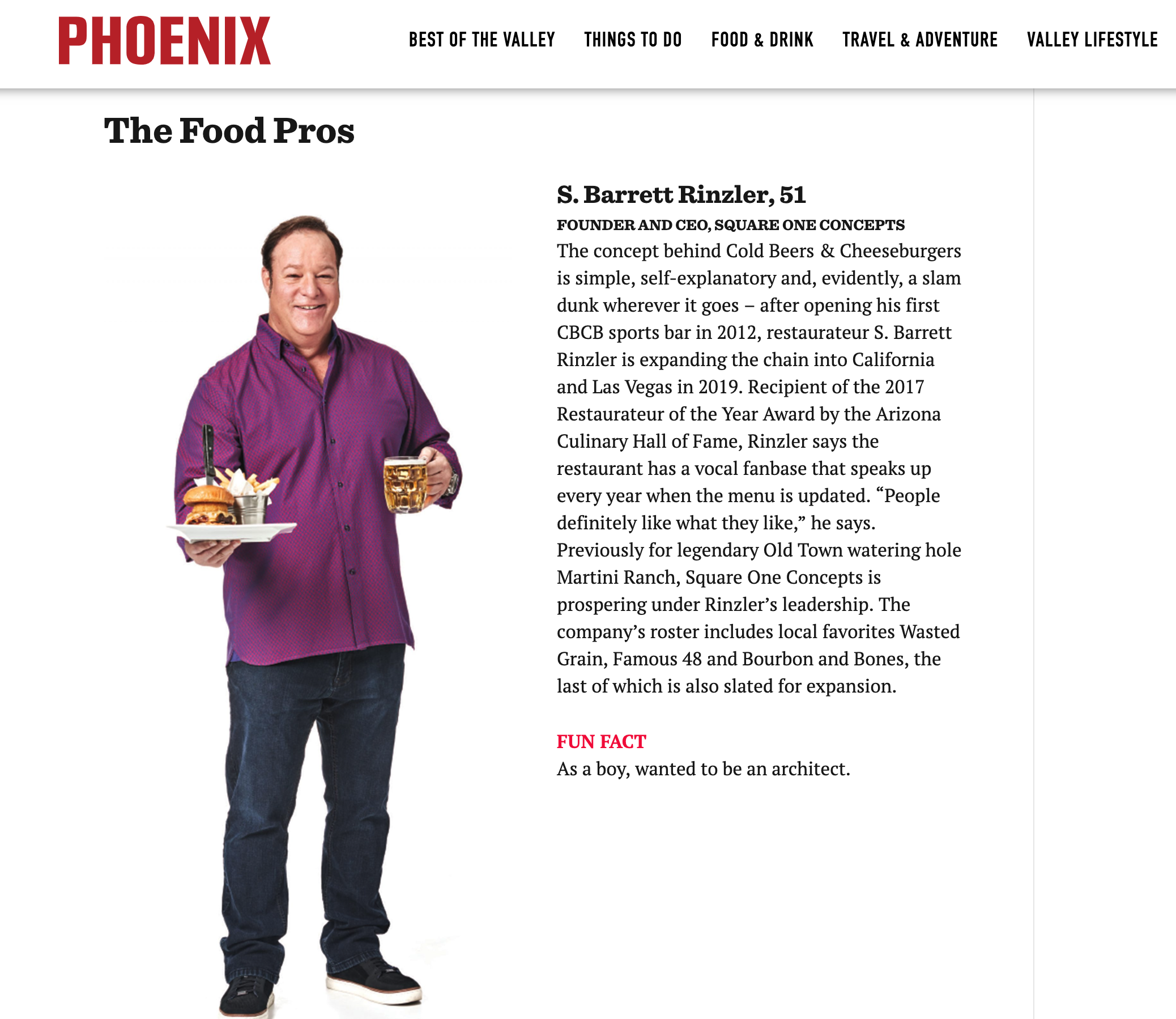 The concept behind Cold Beers & Cheeseburgers is simple, self-explanatory and, evidently, a slam dunk wherever it goes – after opening his first CBCB sports bar in 2012, restaurateur S. Barrett Rinzler is expanding the chain into California and Las Vegas in 2019. Recipient of the 2017 Restaurateur of the Year Award by the Arizona Culinary Hall of Fame, Rinzler says the restaurant has a vocal fanbase that speaks up every year when the menu is updated.